Towards the end of November of last year, the Dutch sustainable energy start-up Kitepower proudly announced that it had been successful in deploying its Airborne Wind Energy System (AWES) in Aruba. The AWES Falcon 100kW, as it’s called in its entirety, is an innovative system consisting of a ground station, tether, control unit and kite. The kite is connected to the ground station by the tether and is capable of producing wind power by taking advantage of strong winds at altitude.

Just over 73% of the project’s total initial €3.665.740 budget was funded by the European Union’s REACH program (Resource Efficient Automatic Conversion of High-Altitude Wind), which ended in August 2019. Deployment of the kite is part of a Dutch military exercise near the Vader Piet area in Aruba and represents the next phase of a five-year collaboration between Kitepower and the Dutch Ministry of Defence.

The Kitepower company was founded in 2016 in the European Netherlands with a focus of generating electricity with the help of kite technology. This was not a new idea, as American scientist Miles L. Lloyd already introduced the idea of crosswind kite power back in 1980, but up until recently, technology was not yet up to the task of making it a reality. “It took a long time, because materials and computational power were not available at that time”, says Joep Breuer, Chief Technology Officer at Kitepower, about the time it took to develop the AWES Falcon, “I am referring, for example, to the Dyneema lines from DSM. They are seven times lighter than steel, but just as strong. And as far as steering technology is concerned, the mass has been replaced by intelligence. There are smaller computers like those used in drones and self-driving cars that we use to steer and harness the maximum amount of energy from wind”.

Earlier, we already briefly touched on the kite system’s structure. The kite, consisting of a fiberglass skeleton and an inflatable part, floats in the air. Via a sensor, its movements are tracked by the ground station. The two are connected by a Dyneema tether, which is resilient and lightweight at the same time. The mechanical energy produced by the floating kite, which can reach heights of over 300 meters (about 328 yards) is converted by the ground station into electricity. “It’s a relatively simple product”, explains Breuer, “Alternatives are more complicated and gravitate more towards a drone or aircraft. This means that we can enter the market sooner”.

Kitepower’s Falcon 100kW is the result of many years of research and development, and was partly funded by the European Union thanks to its potential as a boost to wind power all over the world as economies very slowly transition from fossil fuels to renewable energy. Its scalable technology could significantly contribute to a reduction of global CO2 emissions, while the kites could also become a major tool in reducing fossil fuel dependence in remote regions where more conventional wind farms are not an option.

This is also why, after launching Kitepower in the European Netherlands, it was so important for the company to test its product in a region more similar to its target market. As a result, the first kite was deployed on the island of Aruba in the Dutch Caribbean, where its efficiency and resilience could be tested in different weather conditions. It ended up being a very successful test case, both in terms of execution and results. “Everything could be transported in a container”, says Joep Breuer, “The system worked on-site, and we were able to keep an eye on everything from the [European] Netherlands”.

Test results from the Aruba test case have shown that the Falcon 100kW kite is capable of generating about 100kW worth of electricity, which is enough to power around 150 average households. For the moment, the system is still too expensive for averagely populated areas where other sources of energy are available as well. For more remote and isolated places though, such as Aruba and other small islands for example, but also locations like mines, offshore oil rigs and infrastructure projects, the Falcon 100kW could make a real difference as alternatives tend to be much more expensive in such locations.

The basis for this article was originally published on www.innovationorigins.com in March 2022.

Urban farming, syntropic farming and hydroponic farming, all of these trending styles of farming are reaching mainstream ... 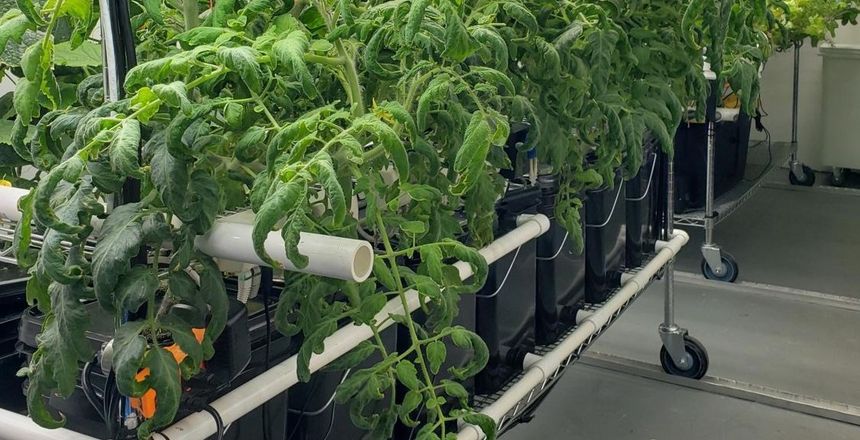 Back in April, when we covered World Water Day 2021, we made references to one of Saba’s and indeed the entire Dutch ...

More and more companies are embracing and actively joining the shift towards a more sustainable Curacao! Whether it concerns ...